“A man’s reputation is the opinion people have of him; his character is what he really is.” ~ Jack Miner 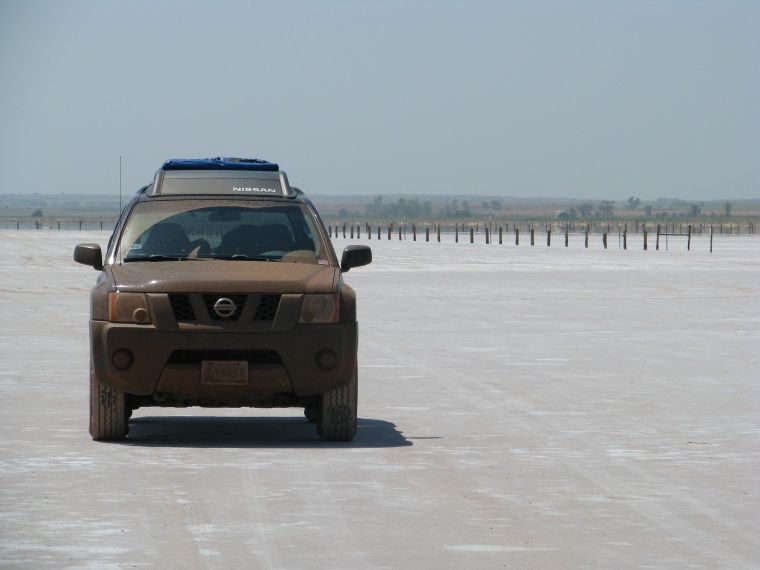 Wednesday I awoke to find a black bobcat in my campsite but he vamoosed before I could grab my camera. He wasn’t very big though, not like I thought he would be; I thought bobcats were larger but he was more like an oversized house cat. Perhaps in other parts of the country they are bigger…?
After enjoying this lakeside campsite for a while longer I said goodbye to all the waterfowl and all my buggy friends, drove around the lake, through the town of Cherokee, Oklahoma, to the Great Salt Plains. 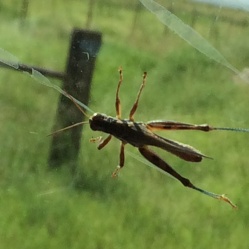 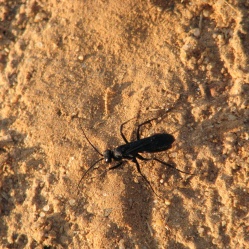 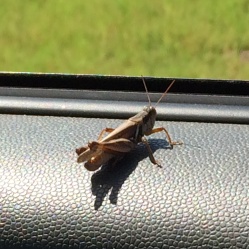 On these salt plains, or actually under the salt plains, grow a gazillion selenite crystals. The government roped off an area where anyone can come and dig for crystals. You can’t drive on the salt plains except where it’s roped off because there are an undetermined amount of unexploded munitions from the decades of training, bombing and strafing runs the military did here. 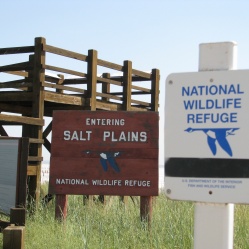 Road on the salt plains 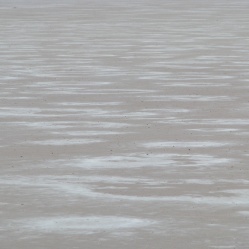 Crystals just laying around
I love meeting interesting people on this road trip of life. You can tell from a distance which people you want to chat with, they’re the ones oozing with character. Generally, they’re preoccupied in whatever it is they do in their life but are more than happy to stop and have a conversation with a stranger. Today I met Selenite Sam.

That’s not his real name but a moniker he seems to enjoy. The town of Cherokee asked him to be Selenite Sam after the last Selenite Sam chose to retire. The town is also talking about giving him one of the many empty storefronts to display his vast selenite crystal collection and to draw in more tourists. Sam spends most of his days digging for crystals on the salt plains, from early morning until late at night. It was noontime when I saw him and his wooden board was already full of crystal formations. I asked him if he had a computer so he could see this blog and he said, “Hell no! I ain’t even got a TV, what the hell would I do with a computer!” He also mentioned that he was an American Indian, though he didn’t know of which tribe; he said his grandparents were half-breed which brought segregation upon them from society, so they kept it a secret, even from there grandchild. I asked him what he does with all of these crystals and he said he keeps the special ones and leaves the rest for tourist, then he looked down at his board, picked a beautiful crystal formation that looked like a flower, handed it to me and said, “Just ’cause I like ya’.” My friend Chris referenced this formation on his computer and found it is commonly called a “Gypsum Flower.” I thanked Selanite Sam profusely, signed his guest book, which people from all over the world had signed, then took this great picture of him. We gave each other a hearty handshake, then I continued on my journey and he continued digging. 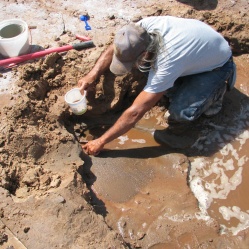 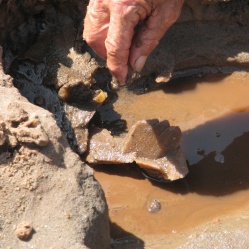 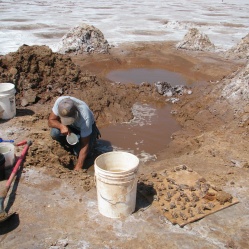 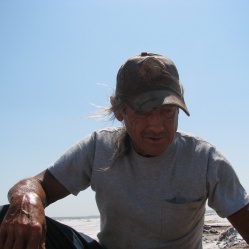 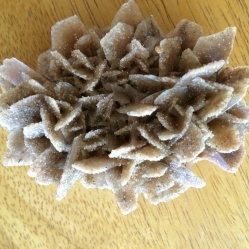 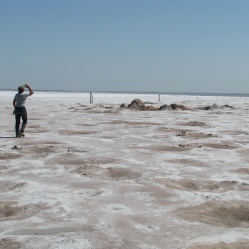 Selenite Sam, walking off into the sunset

I headed northeast, through Osage County, in August. When I reached the Oklahoma – Kansas state line the pavement turned to gravel. 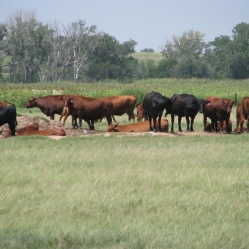 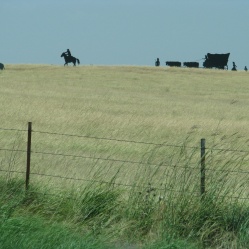 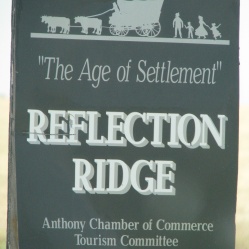 Then a dust storm hit! Couldn’t see ten feet ahead! One guy went off the road into a ditch, he was okay though; couldn’t stop to help him or I would’ve caused a car/truck pile-up. I had a truck in front and a truck behind me so I had to maintain a constant speed. 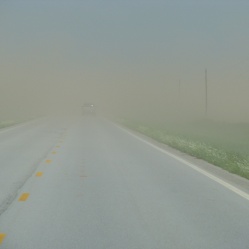 I got tired of driving by the time I reached Augusta, Kansas so I found a decent motel for fifty bucks that had a really nice swimming pool. I walked down the street to get some ribs, ended up hanging out there for an hour with all the employees talking about all the awesome zoos in the country, then some guy came in with an orphaned baby raccoon! I was able to pet him just like a cat or a dog. He loved the attention and rolled over so I could pet his belly. Everybody got a great kick out of seeing and playing with the raccoon. 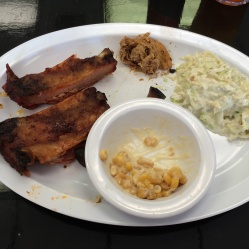 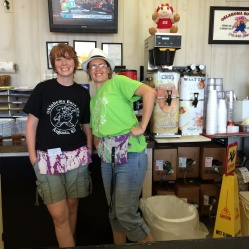 I hope whenever you go fishing you always take a frying pan.