“We can’t all be heroes because someone has to sit on the curb and clap as they go by.” ~ Will Rogers 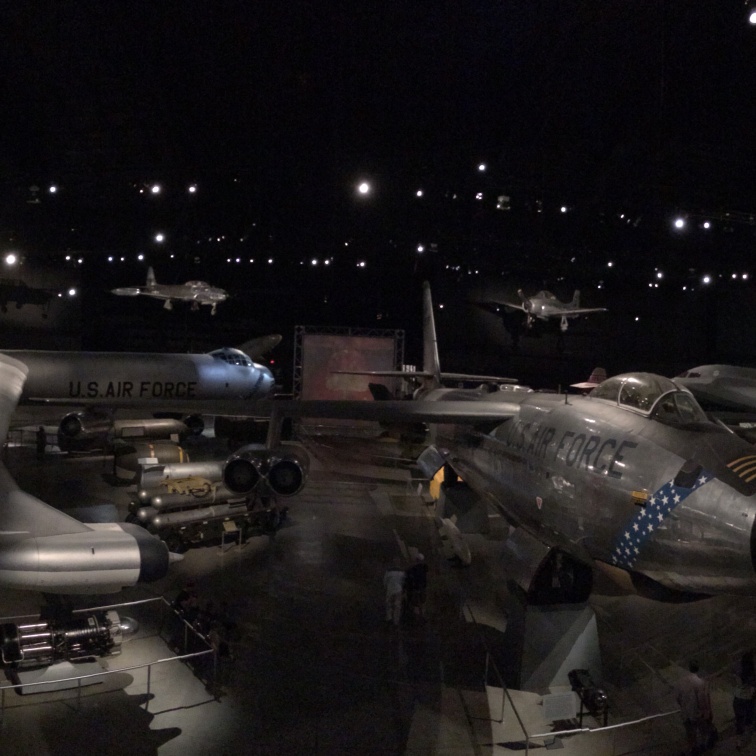 Saturday was the only chance I would have to see this museum. Luckily, it’s so immense that the crowd was fairly spread out and didn’t seem fit to bust. It was worth it. Actually, it’s free admission so it’s definitely worth it! If you visit here, like any other place I suppose, you should come on a weekday when the kids are in school and you’ll have the run of the place. I won’t say much about the exhibits because I took about 450 pictures so I’ll just pick a handful and let the pictures do the talking and besides, I couldn’t tell you the name of one plane from the next; and there were SO many planes!
Enjoy! 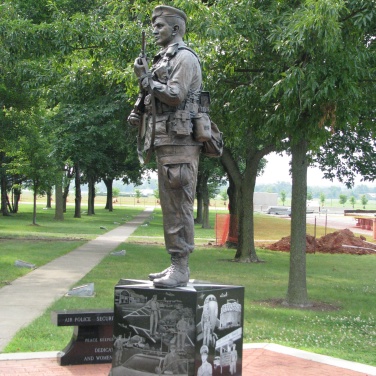 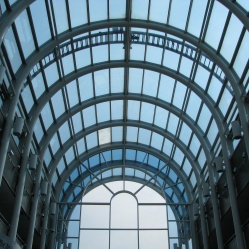 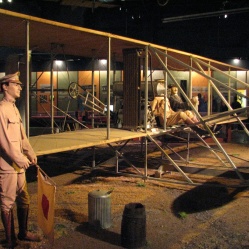 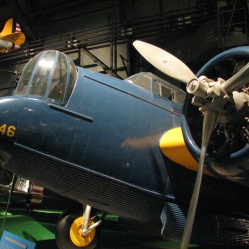 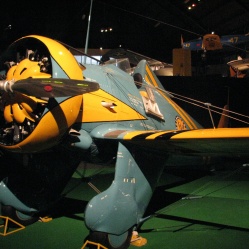 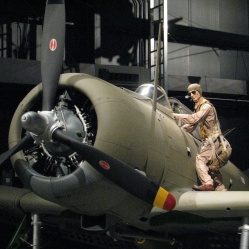 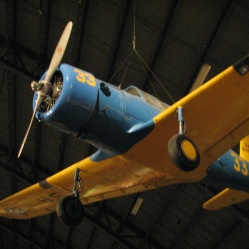 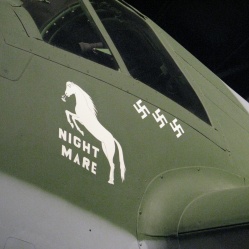 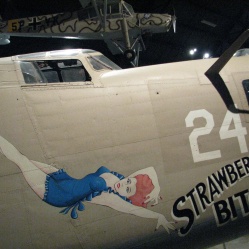 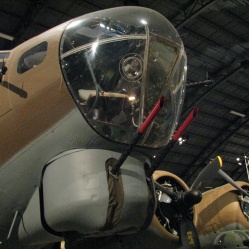 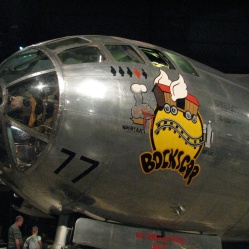 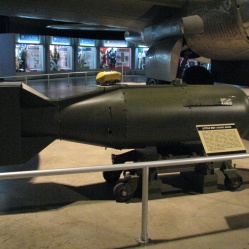 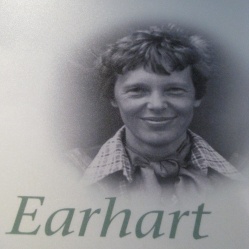 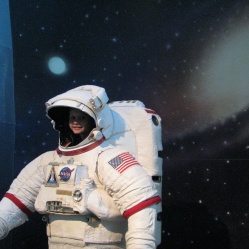 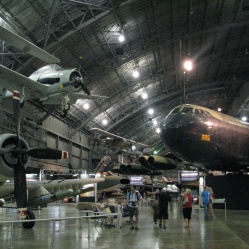 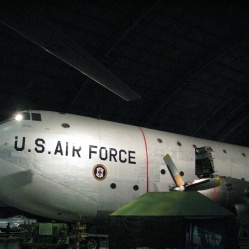 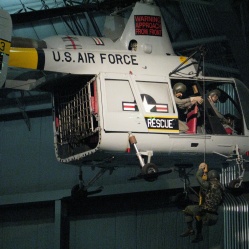 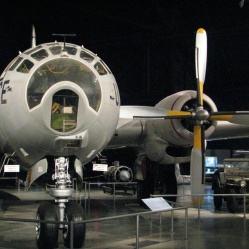 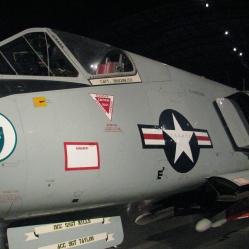 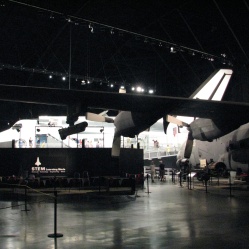 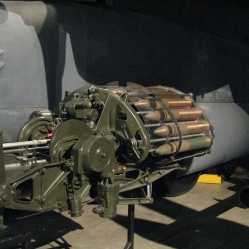 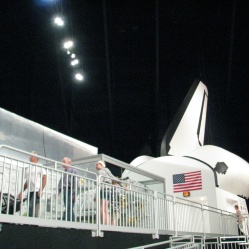 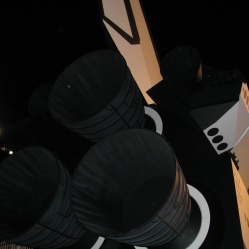 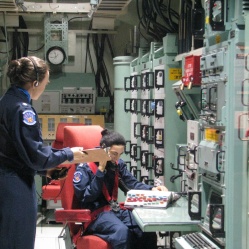 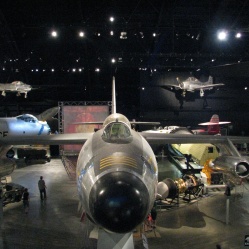 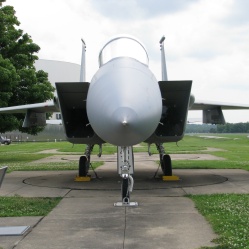 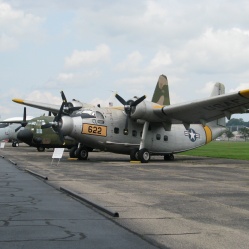 After six hours of hiking around this national treasure, I was hungry. I had heard about or read about a drive-in restaurant where they still bring your tray of food to your car and hang it on your vehicle’s door. It was in Indianapolis, an hour and a half away so I made the drive. I arrived at Edward’s Drive-In, parked in the designated area up front, a girl came out to the car and said that their specialty was a pork sandwich, onion rings and homemade root beer. She was right! It was special, especially the root beer, one of the best I’ve ever tasted and the pork was much wider than the bun it sat on! The only disappointment about the experience was that the girls weren’t on roller skates; that would’ve been perfectly nostalgic. 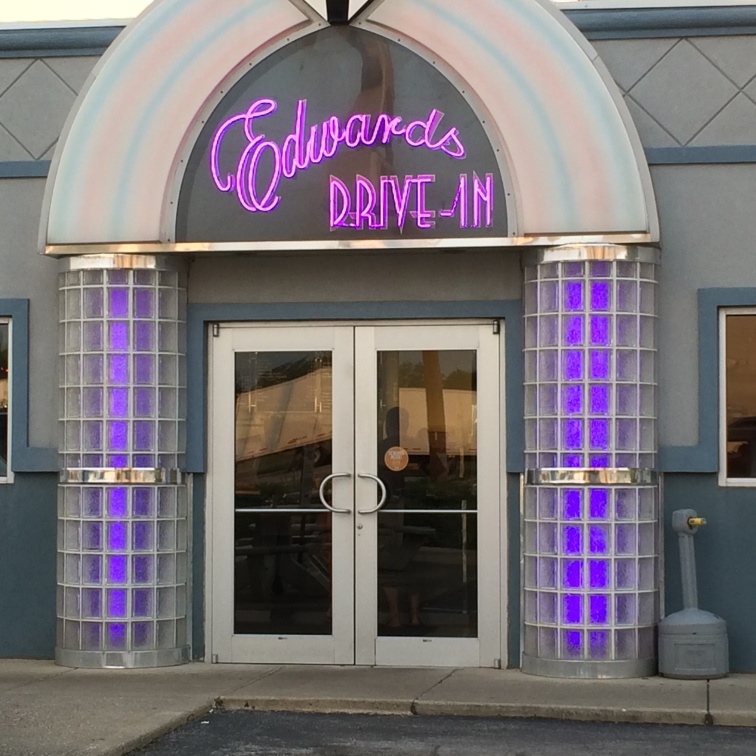 After that great meal I found a Wal*mart campground that was right across the street from McBathroom’s. This Wal*mart was nice because it had a water fountain right next to my campsite. Ah! The soothing sounds of flowing water to lull you to sleep! Perfect!

I hope you try to live by the same core values as all United States Air Force personnel, which is:
Integrity First
Service Before Self
Excellence In All We Do.