“In America they really do mythologise people when they die.”
~ Robin Williams 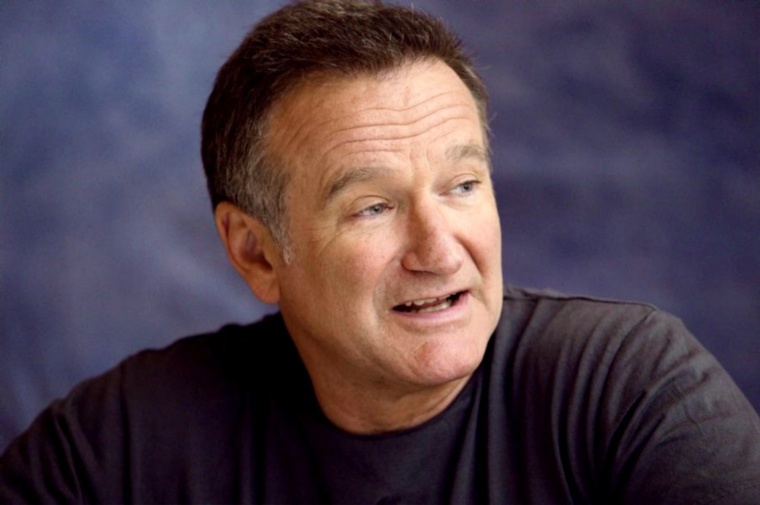 Monday, after a glorious day of driving halfway around and then finding an awesome campsite right on the beach of Lake Michigan and after living without TV or any news of the outside world for two weeks, the first news I did hear was that Robin Williams, one of America’s national treasures, one of our brightest stars, one of the most unique minds to ever walk this planet, one of the most beautiful and kindest souls and my all-time favorite actor and comedian had succumbed to his own tormented voice.

“Time is the best teacher, but unfortunately, it kills all of its students.”
~ Robin Williams

I grew up with Robin. As a kid I watched Mork from Ork say, “Nanu nanu!” I bellowed when Mrs. Doubtfire, with her Scottish accent, lit her own boobs on fire! My soul rose as the members of the Dead Poet Society found their own voices thanks to their free-thinking teacher. I still say, “Goooooooood morning, Vietnam'” when I arise on some mornings. When I need to get through something difficult I think of how Chris Nielsen tenaciously charged throught the Gates of Hell to find his soulmate in What Dreams May Come. And I still remember every good word professor Sean McQuire ever said to Will Hunting. Then there was Garp, Hook, Popeye, Patch Adams, The Fisher King and a hundred other unforgettable characters that only someone like Robin would attempt to portray and achieve with such flawless ease.

“You must strive to find your own voice. Because the longer you wait to begin, the less likely you are to find it at all.”
~ Robin Williams

Here are a few tributes to Robin that touched me…

Director Steven Spielberg: “Robin was a lightning storm of comic genius and our laughter was the thunder that sustained him.”

“You’re only given a little spark of madness. You mustn’t lose it.”
~ Robin Williams

President Barack Obama:
“Robin Williams was an airman, a doctor, a genie, a nanny, a president, a professor, a bangarang Peter Pan, and everything in between. But he was one of a kind. He arrived in our lives as an alien – but he ended up touching every element of the human spirit. He made us laugh. He made us cry. He gave his immeasurable talent freely and generously to those who needed it most – from our troops stationed abroad to the marginalized on our own streets. The Obama family offers our condolences to Robin’s family, his friends, and everyone who found their voice and their verse thanks to Robin Williams.”

“Politicians are a lot like diapers. They should be changed frequently, and for the same reasons.”
~ Robin Williams

Comedian Jimmy Kimmel: “Robin was as sweet a man as he was funny. If you’re sad, please tell someone.”

So…I am…I’m telling you…I’m crying as I write these words…I feel like I knew him deeply…I feel like I lost a best friend…I am sad. 😦

“No matter what people tell you, words and ideas can change the world.”
~ Robin Williams

“Oh Captain, my Captain…”, I wish I could have taken away your pain the way you did so many times for me. ~ Rest In Peace ~

I hope Robin Williams helped guide you to find your voice, your verse and brought joy to your world.