“May your trails be crooked, winding, lonesome, dangerous, leading to the most amazing view. May your mountains rise into and above the clouds.” ~ Edward Abbey 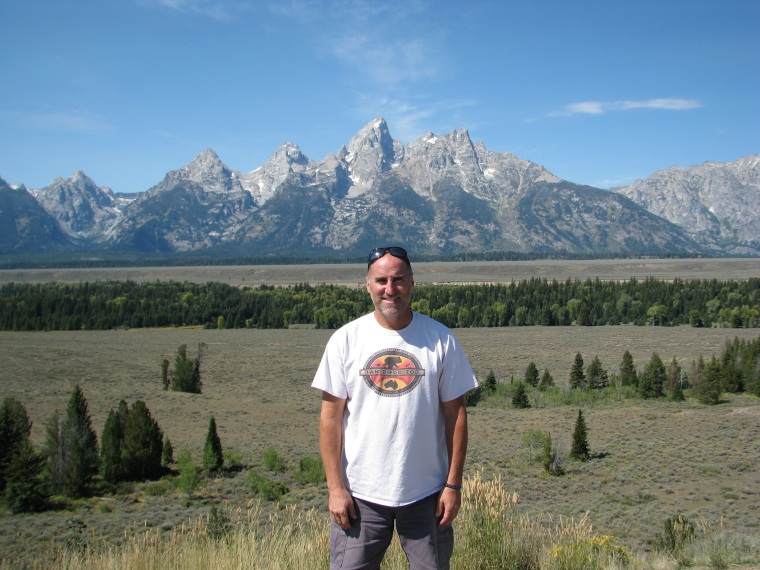 Monday I awoke in Riverton, Wyoming and headed west on Route 26…

As with most roads it this part of the country, the amazing, natural scenery was never-ending… 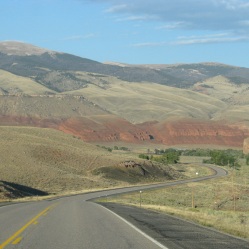 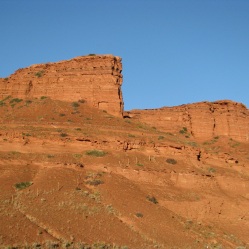 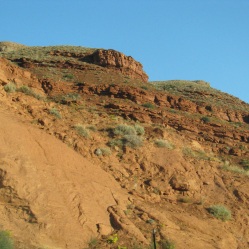 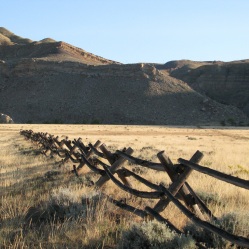 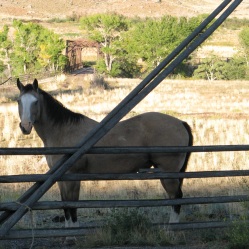 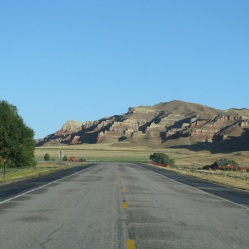 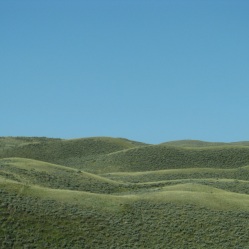 …two hours later, off in the distance, the goal for today…the Grand Tetons! 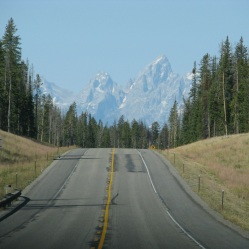 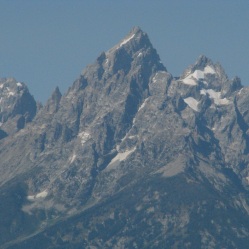 Back in 1942 the world-famous photographer Ansel Adams focused his experienced eye and camera over the Snake River and the imposing Grand Tetons capturing this beautiful black and white image. I tried to capture the same image, from the same angle, in color, as best I could, so that you might see the changes that nature hath wrought over a seventy year span. 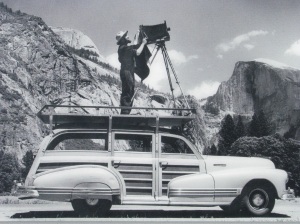 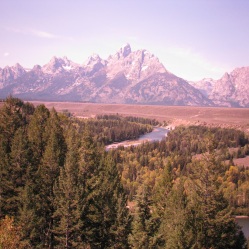 2014
Half an hour south of the Grand Tetons is the town of Jackson, Wyoming or what most people call Jackson Hole. There’s a ski area adjacent to the town, some touristy-type shops around the village green and my favorite place, the Million Dollar Bar, which my friend Tommy recommended, where you can mozy on in, saddle up to the bar and quench your thirst with a cold beer. 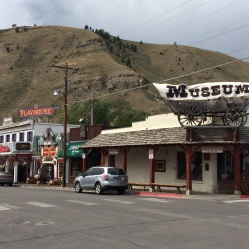 Ski area in the background 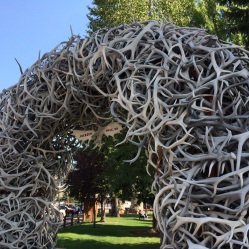 My friend Tommy told me about this place

After throwing back a few brews and rustlin’ up some grub I got back in my steel horse and rode out’a town. While in town I learned that when camping in most national parks, like the Grand Tetons, you must camp in designated camping areas, whereas, when camping in most national forests you may camp anywhere; it’s officially called “dispersed camping.” I located a dirt road that led me from the national park to the adjacent national forest where I found an astounding place to camp on a peninsula overlooking the Snake River in the canyon below. Others had camped here previously but I saw and heard no humans the entire time I was there. Before the sun descended behind the mountains I went for a hike into the canyon in search of grizzlies but found no griz’ or any evidence that they had been there. 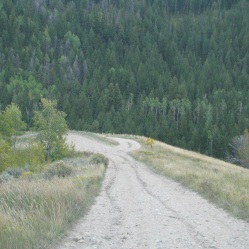 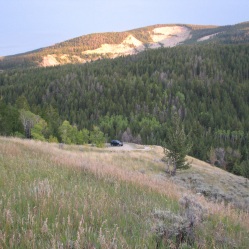 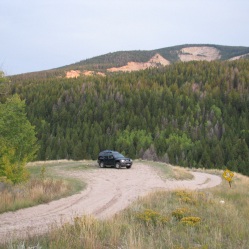 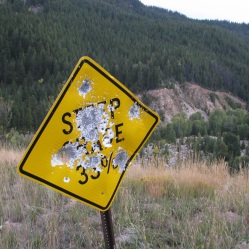 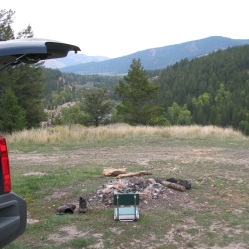 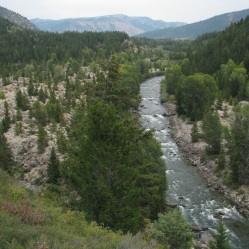 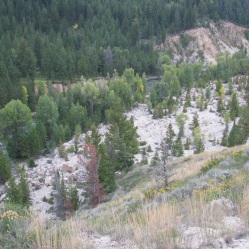 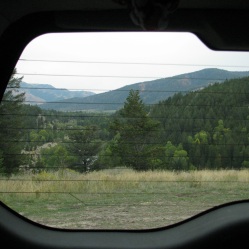 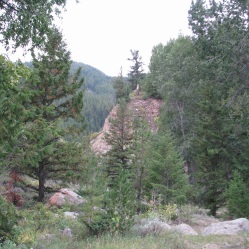 My camp was up there on the top right
The sun settled down for the evening and a glorious full moon ignited the evening sky, showering light into the valley like a midnight sun. I took some photographs using only the moonlight, the campfire and a wide open shutter. 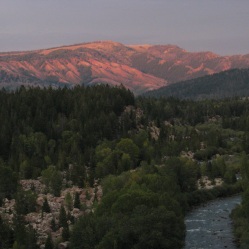 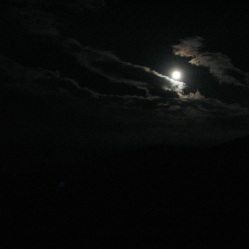 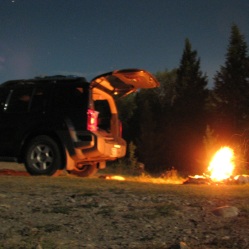 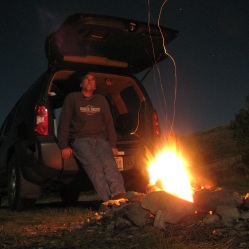 Gazing in awe at the billions of stars that blanketed the evening sky.

It rained overnight, the pitter-patter on the roof lulled me to joyous sleep…

I hope you never fear those mountains in the distance.