“Mr. Lincoln was a peculiar man; he was intensely thoughtful, persistent, fearless, and tireless in thinking. When he got after a thought, fact, principle, question, he ran it down to the fibers of the tap root, dug it out, and held it up before him for an analysis, and when he thus formed an opinion, no man could overthrow it; he was in this particular without an equal.”
~ William H. Herndon 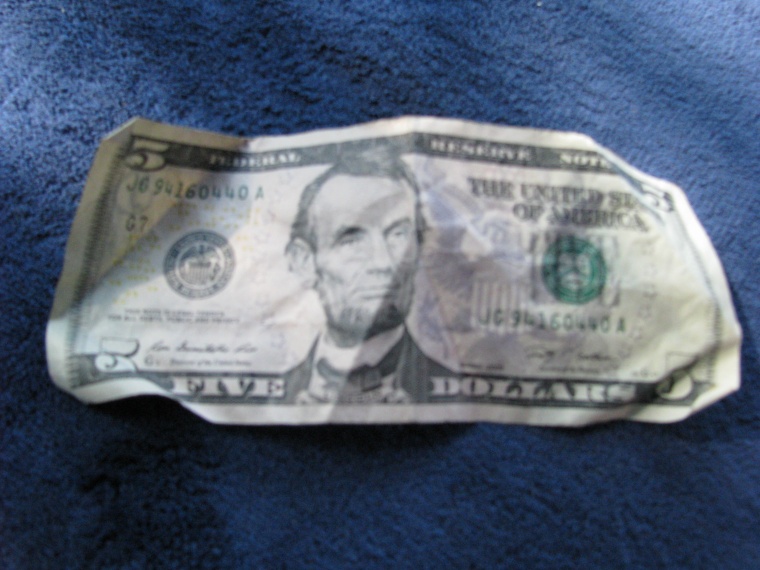 The only unique thing about this typical town is that it’s the town (along with Punxsutawney, Pennsylvania) where they filmed the classic comedic movie, Groundhog Day, starring the hilarious Bill Murray, the radiant Andie MacDowell and the not-so-radiant Chris Elliot. If your a fan of the movie, like me, you should recognize the three-story bed-and-breakfast at the end of the road where Phil wakes up every morning to Sonny and Cher singing, “I Got You Babe”, along with the gazebo and the sidewalk where Phil Conners runs into his old friend from school, Ned “The Head” Ryerson, ya’ know? Bing! 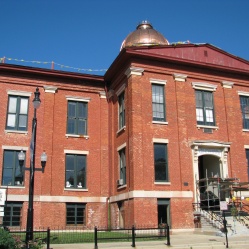 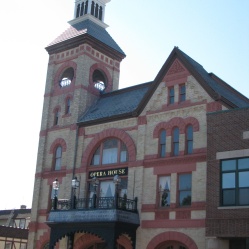 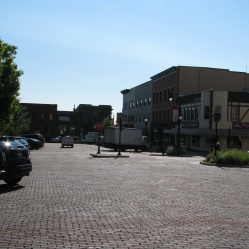 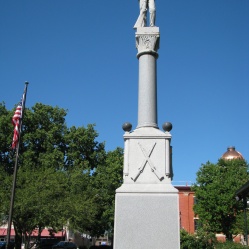 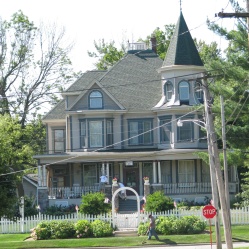 After that I drove to three different towns that have statues of Abraham Lincoln. I found them all on the website: RoadsideAmerica.com and used these statues to connect-the-dots to get to the Abraham Lincoln Library, Museum, Home and Tomb in Springfield, Illinois.

I found Lincoln…
…statues that is, in…

…the town of Ottowa:

…in the town of Bloomington: 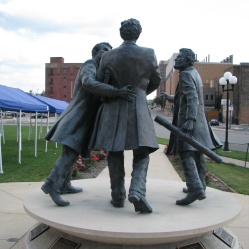 …in the town of Taylorville: 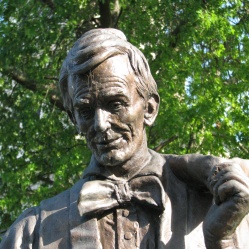 I found a nice KOA Kampground outside of Springfield, Illinois. It had a really nice swimming pool and the campground was surrounded by cornfields.
So peaceful…

Friday morning I drove about a hundred yards out of the KOA, saw this cornfield and took some pictures:

Then I drove up the road about another hundred yards, saw these cows on the same farm…so I took some more pictures: 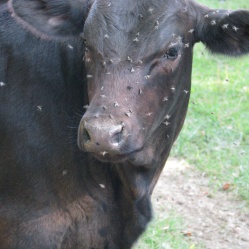 I finally made it to the Lincoln Home, Library, Museum and Tomb…
…where I took a few hundred pictures.

The Lincoln’s home, the only home they ever owned at the price of $1500, has been faithfully restored with many of the same pieces owned by the Lincoln’s. After President Lincoln died, his only remaining son of four, Robert, had to commit his mother, Mary Todd Lincoln, to an insane asylum, which is completely understandable since she lost three sons and her husband. Robert retained the house, renting it out from time to time, until he decided to sell the property to the state of Illinois, which he did — for one dollar. He sold it to the state under two conditions: One, that it always be maintained as a historical site and two, that they never charge admission for anyone to visit. That’s why it’s free. Thank you, Robert! 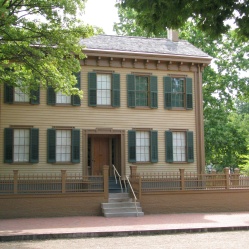 All the black upholstered furniture is original.

A stereoscope for viewing images in 3-D. 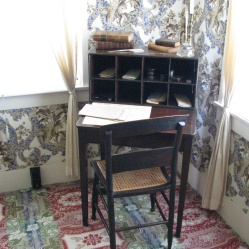 Most of Lincoln’s most important papers were written at this desk. 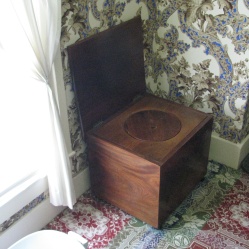 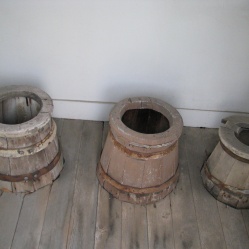 Then I visited the Lincoln Museum, which is fifteen dollars for entrance. 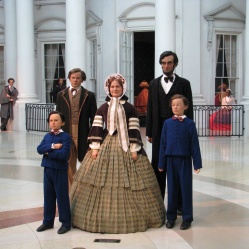 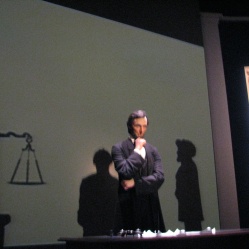 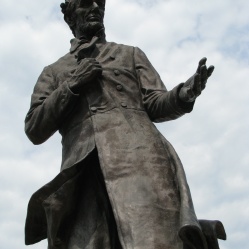 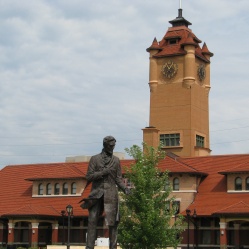 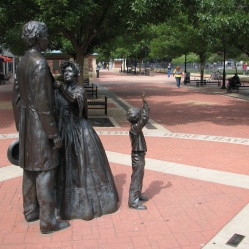 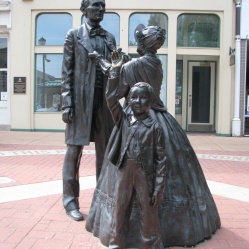 Then I meandered for a few city blocks to the State Capitol. 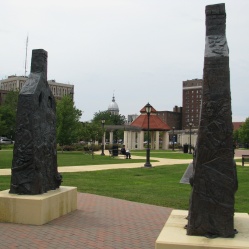 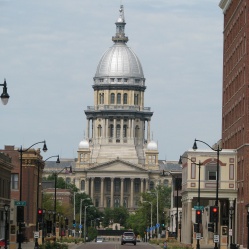 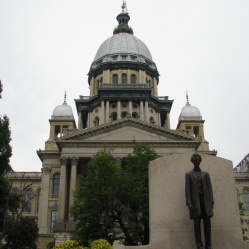 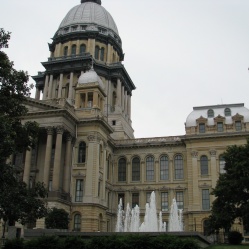 After lunch I drove about four miles to the Oak Ridge Cemetery where you will find the Lincoln Tomb. Abraham, his wife and three children are all entombed here. Robert Lincoln, being a soldier in the Civil War, is buried at Arlington National Cemetery with his wife. 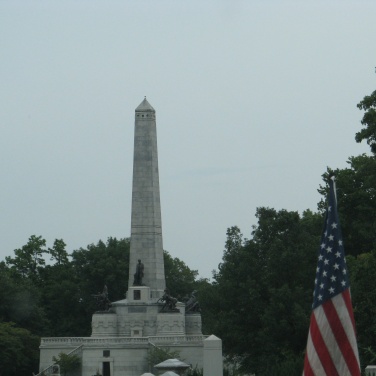 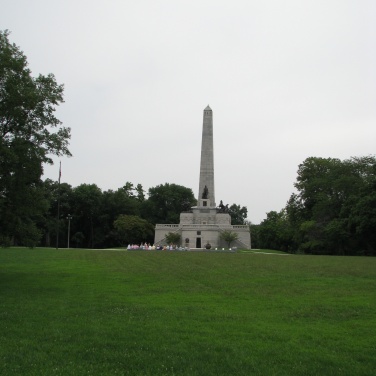 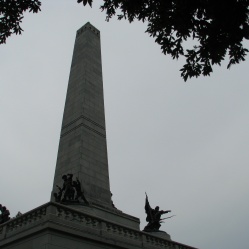 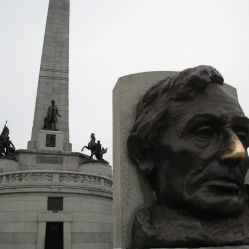 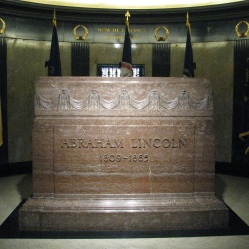 If you’re an admirer of Abraham Lincoln then you should visit Springfield, Illinois. There is a seemingly endless trail of history that leads to our 16th, and one of our greatest, United States Presidents.

I hope you learn from history…before it repeats itself.